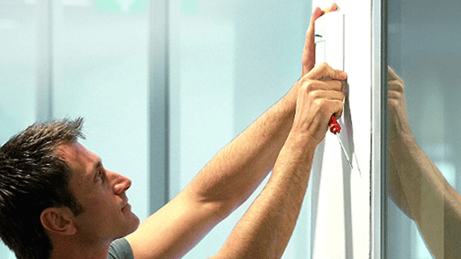 Facilities are susceptible to incidents of break-ins, intrusion, theft, and trespassing. Physical barriers such as fences and walls can only do so much – they are prone to physical tampering and scaling, which only delays intruders. The same can also be said for doors and windows.

What is a Physical Intrusion Detection System?

A Physical Intrusion Detection System (PIDS) detects unwanted people or objects that are entering a restricted zone. It is often located at the perimeter of the facility, acting as an early detection system while the intruder is still at the perimeter and not yet inside a building or other interior area.

A PIDS is often integrated with other security components such as signages, security lighting, and loudspeakers. Detection at the perimeter enables the system to respond and engage these deterrence devices like lights and sirens.

Sensors are the backbone of an intrusion detection system. Here are some of the most commonly used sensors:

Microwave and ultrasonic sensors work similarly to infrared sensors, but they emit and receive microwave radiations and soundwaves. These sensors analyze the waves that are bounced back to them –they should receive the same wave again and again in optimal conditions. The wave is altered when movement is present, which triggers the alarm.

Door and window sensors are contact sensors and are effective in securing the perimeters of a building. A magnet is placed on the door or window, and the sensor is placed on the frame. The alarm is triggered if the magnet moves away from the sensor.

This type of sensor detects vibrations in the glass. It gets triggered when the glass is hit or when it shatters.

Additionally, alarms can be bells-only, speech-dialer alarms, or monitored alarms.

One of the most important performance measures for an intrusion detection system is its ability to maintain a high probability of detection while minimizing false alarms due to nuisance events. Nuisance events can be environmental factors such as wind, rain, animals, and even traffic.

Errors in installation can cause false alarms as well. Well-fitted and regularly maintained intruder alarms are crucial. Choosing the right detection technology to use depending on the location, level of protection required, monitoring, and method of response is equally important, which is why it’s essential to partner with experienced security integrators such as Absco Solutions.

There is no single technology that will provide a complete solution for intrusion detection – combining different technologies can reduce false alarms while leveraging their individual strengths. A multi-layered approach is best, which could include a combination of physical barriers, access control, video surveillance, and an intrusion detection system to secure an area.

If you have further questions about intrusion detection or if you’re looking for assistance in selecting the right technology for your system, please send us an email at salessupport@abscosolutions.com. Our team can help you create customized solutions that directly address your needs.

Absco Solutions is your facility vulnerability expert. We collaborate with you to determine where your organization’s safety and security could be improved, then design systems that integrate best-in-class products to protect what’s important to you. Specializing in multiple building campuses, we’ve been supplying the Northwest with safety and security systems for more than 40 years, a testament to happy clients and our deep expertise.

Absco Solutions is your facility vulnerability expert. We collaborate with you to determine where your organization’s safety and security could be improved, then design systems that integrate best-in-class products to protect what’s important to you. Specializing in multiple building campuses, we’ve been supplying the Northwest with safety and security systems for more than 40 years, a testament to happy clients and our deep expertise.